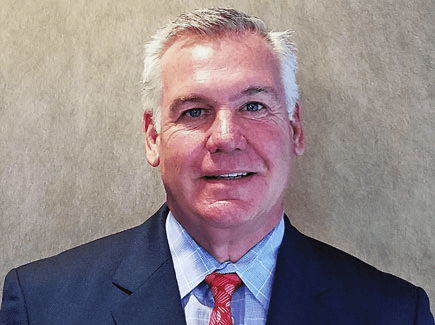 "I am very proud that my employees have the ability to better themselves and to better the community around us," nominee Johnson said. "I have witnessed many of them move up through our company and provide themselves and their families with incredible opportunities, all while giving back to our community."

Johnson is a 1977 graduate of Crestwood High School in Atlanta, Georgia.

He earned a B.S. in business management from the University of Tennessee at Martin in 1981, where he was a three-year letterman in football. The first step in Johnson's automotive career was selling Nissans in Jackson, Mississippi, in 1983, where he was promoted to finance manager and eventually sales manager. He then moved to Southeast Toyota Distributors as a product trainer in 1988, becoming district manager, regional manager and divisional manager before leaving in 1999 to purchase his own dealership. "When I bought the store, then known as Larry Smith Toyota, it employed about 20 people, and we have grown that number to more than 120 associates today," Johnson said. He also owns Steve Padgett's Danville Honda in Danville, Virginia. Johnson is proud that his dealership is a 10-time recipient of the Toyota President's Award. "It is the most prestigious award Toyota gives, and it is very difficult to obtain," he said. "It is a full dealership effort. Not only must we meet vehicle, labor and parts sales goals, but customer satisfaction, owner retention and timely financial reporting are considered part of the award criteria." A member and former president of the Rotary Club of Hickory, Johnson currently co-chairs the group's annual fundraiser, Rotarian Idol, a singing competition. He has also served the Catawba County Chamber of Commerce; Hickory Foundation YMCA; and the North Carolina Wildlife Resources Commission, for which he was appointed commissioner and will serve until 2022. Johnson's support of the Special Olympics North Carolina is near and dear to his heart. "Improving the lives of individuals with greater challenges and less opportunity is so important," he said. "I have experienced, firsthand, that giving people the opportunity to travel and to compete is truly a life-changing experience." He also sponsors the American Heart Association's Kids Cook with Heart program in his local middle school. "Our unique event gives kids struggling with obesity or those at risk the skills to cook healthy foods for themselves and their families," he said. "This program and cook-off event can truly change the community around us." Johnson was nominated for the TIME Dealer of the Year award by Robert J. Glaser, president of the North Carolina Automobile Dealers Association. He and his wife, Carman, have four children and three grandchildren.